b.offshore GmbH has successfully completed maintenance work on the substation at Germany's first offshore wind farm alpha ventus, which was built in 2008.

As part of scheduled maintenance activities, b.offshore installed two new tank containers on the platform of the substation on behalf of Deutsche Offshore-Testfeld- und Infrastruktur GmbH & Co. KG (DOTI). The existing containers had to be removed in preparation for the installation of the new ones. The electricity generated by the wind turbines is converted to 110 kV at the offshore substation and then transmitted to the mainland via a 60-kilometre submarine cable. alpha ventus is located approximately 45 kilometres north of the island of Borkum.

b.offshore designed and installed new solutions for the emergency power system on the offshore substation, which was built almost ten years ago and has provided an average feed-in capacity of 242.3 gigawatt hours (GWh) per year of operation. Emergency power systems supply offshore wind farms with electricity to ensure the safe operation of technical components such as air purifiers or the lighting of the navigation aids in the event of a power failure or during maintenance work on the submarine cable connection by the transmission grid operator. The newly installed tank facility consists of two offshore containers (20 ft) fitted with 3 CUBE tanks each. The system has an overall capacity of 15,000 litres. The original steel tanks were replaced with plastic tanks made of polyethylene (LLD-PE).

The project, which included concept development, planning, manufacturing and on-site installation, kept the b.offshore team active for approximately 12 months. DOTI recently completed acceptance tests for the new solution that was developed for the substation by the Bremerhaven-based engineering office.

The substation of the pioneering project, which is owned by the energy suppliers EWE, E.ON and Vattenfall, is controlled via the control centre of EWE OSS Offshore Service & Solutions GmbH in Oldenburg. For this reason, b.offshore GmbH also needed to develop and implement a solution to integrate the new system with the existing control technology.

"The cooperation with b.offshore went very smoothly. All steps were meticulously prepared and could then be implemented at the offshore site according to schedule," said Irina Lucke, Managing Director of EWE Offshore Service & Solutions GmbH (EWE OSS), which was commissioned by Deutsche Offshore-Testfeld- und Infrastruktur GmbH & Co. KG to coordinate the work.

"We would like to thank EWE and DOTI for their trusting and constructive cooperation. The result of this team effort now ensures greater resilience and reliability during emergency power operation," said Thomas Pontow, Managing Director of b.offshore GmbH. 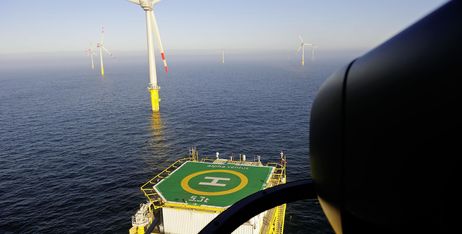 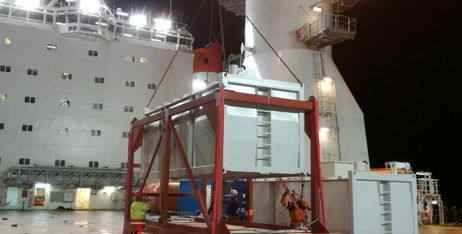 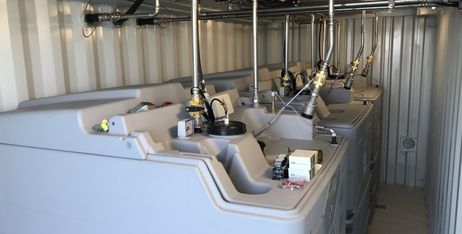